Cambridge beckons for high-flyers Will and Polly 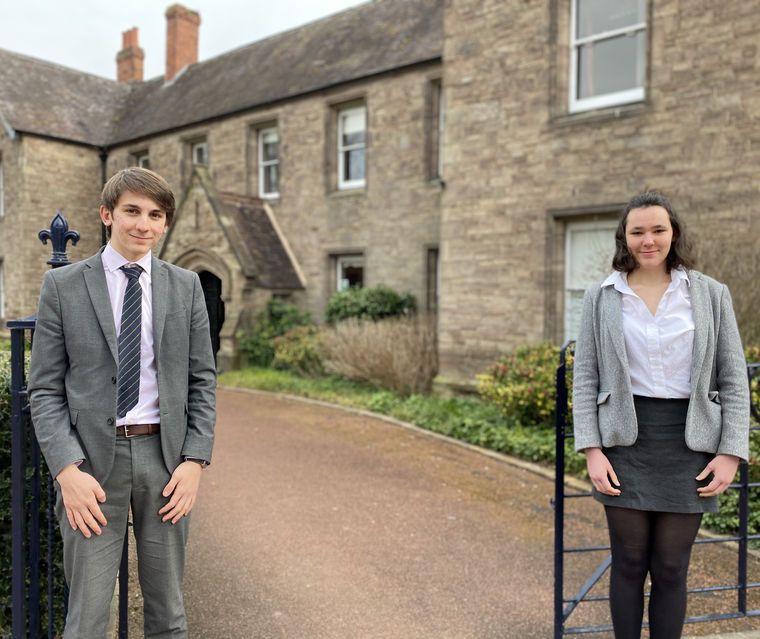 Two Hereford Cathedral School Sixth Formers are one step closer to a bright future after receiving offers to study at Cambridge.

High-flyers Polly S and Will P both fought off stiff competition for places to secure their offers from the prestigious institution. Polly has been offered a place at Trinity College to read Classics, while Will is set to read Natural Sciences at Downing College.

Will, who is studying five A-Levels in Maths, Further Maths, Physics, Chemistry and Music, made an early application to Cambridge in October last year. He was then invited to undertake a multiple-choice test in November, followed by an interview in December by a panel of three.

The four-year Natural Science course appealed to Will because it will allow him to carry on studying a wide range of subject areas. He is looking forward to the supervisions and receiving tuition in small groups. Beyond his degree, Will hopes to remain at Cambridge to study for a PhD.

The 18 year old achieved a staggering 12 top-score GCSEs in 2019, and has somehow also found the time to reach grades 6-8 in clarinet, classical guitar and piano, and become a second Dan black belt in taekwondo. Will has also taken part in various UKMT maths summer schools and helped HCS to a win against 50 other teams at the Live Cryptography Challenge at Manchester University in 2019 (pictured below).

Will said the staff member who had influenced him the most was Chemistry teacher Mrs Helen Wall, who retired in 2020 after a long career at HCS. Will credited the HCS Sixth Form experience, adding that the flexibility has allowed him to carry on studying five A-Levels. “I know the teachers well, and they’ve been really good at responding when I need help,” he said. 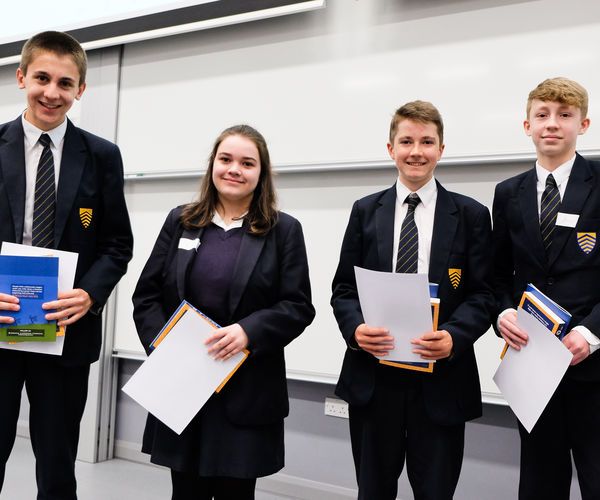 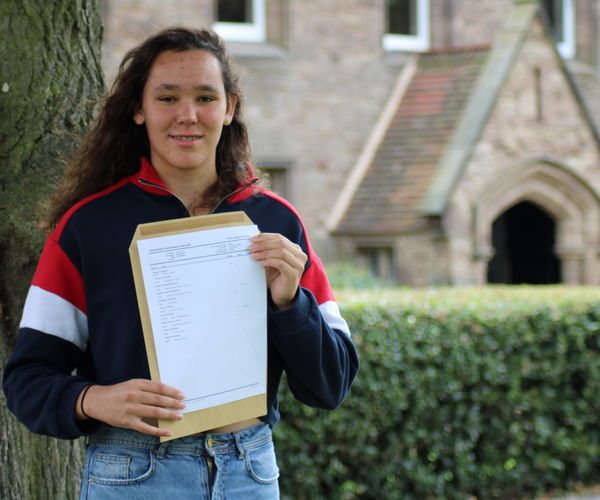 Meanwhile, Polly is looking forward to her future at Cambridge after seven years of study at Hereford Cathedral School.

She said the Classics course at Cambridge will offer her the opportunity to study a broad range of topics, including language, literature, linguistics, philosophy, ancient history and classical archaeology. “It allows you to see things with really broad knowledge,” she explained.

As part of her assessment, Polly had to undertake a tough Latin translation task, before two interviews with a Classics Fellow at Trinity.

This summer, the 18 year old will receive her A-Level results in English Literature, Latin, Maths and Spanish, but she already has an A* grade in A-Level French under her belt, which she sat two years early (she is pictured, above, in 2019). In her GCSEs in 2019, Polly achieved seven grade 9s, three 8s, a 7, plus the top mark in entry-level Classical Greek. Polly is also now studying the full Classical Greek GCSE alongside her A-Levels.

During the first lockdown in 2020, Polly prepared for the Cambridge interview process by entering a host of classics essay-writing competitions - organised by Oxbridge colleges – and winning prizes in eight of them.

Polly said Head of Classics Miss Jodie Mallett had been a huge support to her during Sixth Form, offering reading recommendations and invaluable guidance. “She’s always created this space where you can push yourself as hard as you want to.”

She said she appreciated the “caring and inclusive environment” of Hereford Cathedral School’s Sixth Form, and spoke of the benefits of the small class sizes enjoyed by pupils.

Beyond university, Polly aspires to a career in the film industry, and hopes to take full advantage of the theatre and drama opportunities at Cambridge.

Head of Sixth Form Mr James Terry commented: “I am delighted that all the hard work and future potential of these students has been recognised and look forward to seeing their future success as they embark on the next stage of their academic studies.”

Polly and Will have been keen members of Hereford Cathedral School Boat Club, and both hope to continue rowing at Cambridge.