Hereford Cathedral School's Cantabile Girls’ Choir have been voted Children’s Choir of the World – the first English choir to claim the title.

The International Musical Eisteddfod, whose patron is HRH The Prince of Wales, was founded in Llangollen, Wales, in 1947. The Cantabile Girls’ Choir tied in first place with the British Columbia Girls’ Choir – each choir will receive a trophy for first place.

Jo Williamson, Director of Cantabile, said she was "absolutely stunned" to be told by judges that Cantabile had won Children’s Choir of the World, saying: “I was speechless when I heard how well we had done and I couldn’t be prouder of the girls!”

Hereford Cathedral School’s Cantabile Girls’ Choir have been past winners of BBC Songs of Praise and were Barnardo's School Choir of the Year in 2017. Cantabile choir director Jo has herself been voted Conductor of the Year at the International Eisteddfod in past years. This year, the very talented Jo also led Cantabile to win the folk song category at the Eisteddfod with Waly Waly and Bobby Shaftoe. 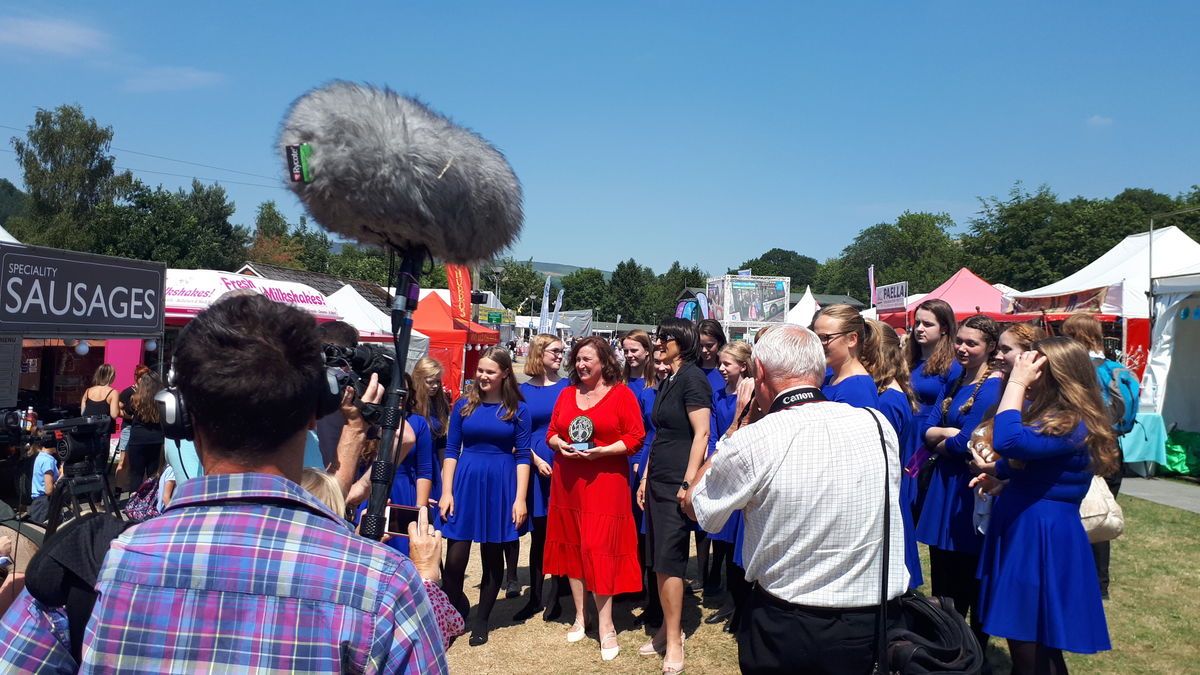 Jo, once a globetrotting opera singer until joining Hereford Cathedral School, founded the Cantabile Girls’ Choir over 10 years ago. She explained the secret to her success with Cantabile who have now automatically qualified for the World Choir Games, which take place in Sweden in 2019.

In awarding Cantabile first place in the folk song category at the International Eisteddfod, judges said: “The first song, Waly Waly – sensitive singing, full of longing and feeling and full of emotion, which of course this song needs as the song went on. There was a variety in dynamics and it was overall a very, very carefully thought out performance, which really made us feel the song with you.

“The second song, Bobby Shaftoe, great contrast and we felt you never lost the chance to add some interest in the performance. It was light and playful – the voices totally in control.”

Cantabile parents are rightly proud of their girls with one mum, Caroline Mifflin, whose daughters Charlie and Bo are members of the talented Cantabile, saying: “Greg and I are always amazed by Llangollen – how a small Welsh town can attract huge choirs from all over the world.

“As bystanders we know how much effort and expense it takes to get our team from Hereford to any competition so how on earth do our small team with still only 1.5 hours practice a week go along and win. The vibrant costumes from other countries are quite amazing and the sheer volume of people on stage makes it an almost uneven playing field. Then our girls go out and just sing and it's enough.

“Charlie said that she has really enjoyed being part of this amazing team. She joined as a little tiny trainee in Year 7 after a lot of hard work and was given the job of looking after the younger girls on this trip and made great friends with them. She enjoyed the fact that her last competition with Cantabile was so successful.

Click here to see a video of cantabile's performance at the Eisteddfod.