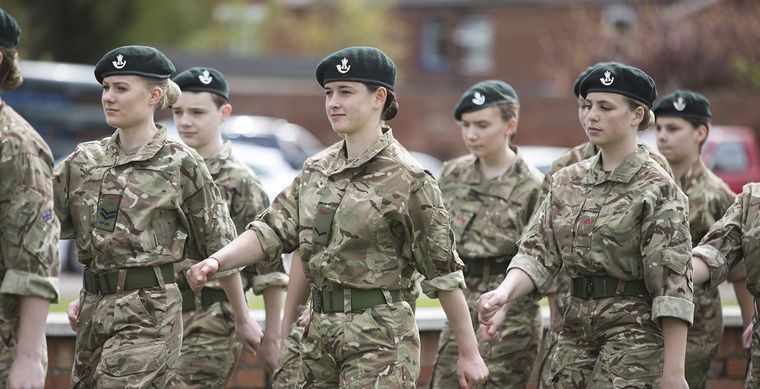 This year marks 40 years since girls entered the Army Cadet Force, and Hereford Cathedral School is this week celebrating the contribution of females to the organisation, whose motto is 'To Inspire to Achieve'.

Last night, the Army Section of Hereford Cathedral School’s Combined Cadet Force held their first dinner, celebrating 40 years of female cadets, on the eve of International Women’s Day. At the event, two female senior HCS cadets gave a talk to the guests about the hugely positive impact that being involved in the CCF has had on their education and personal development. 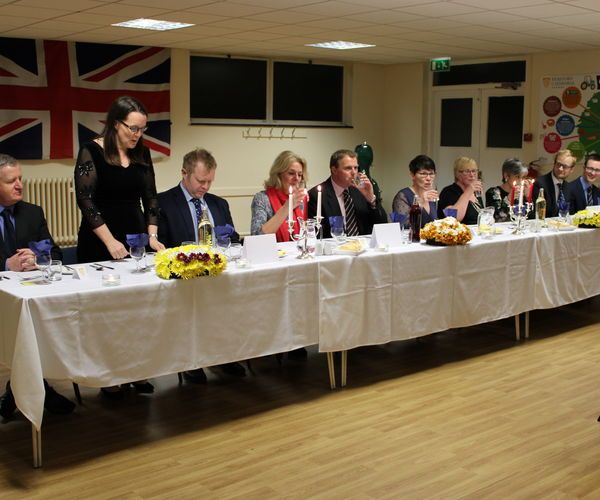 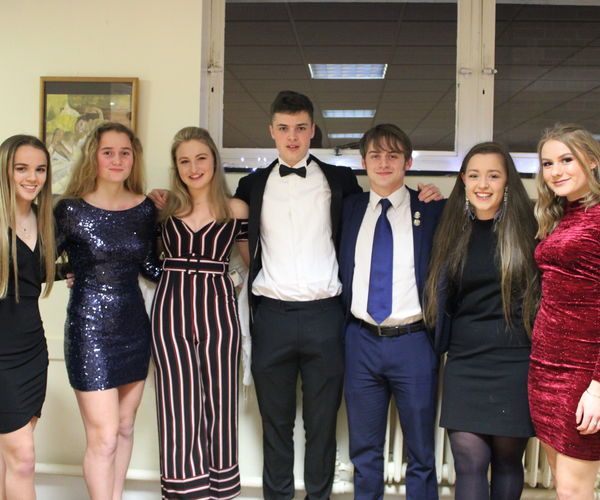 Among the guests at the dinner were a group of cadets from Whitecross School, who train as part of Hereford Cathedral School CCF.

In her speech to the dinner guests, Senior Cadet Harriet R said “Taking part in 24-hour exercises made me realise that if I can get through a section attack in the freezing cold after minimal sleep, then I can get through anything.”

The event was a timely reminder of positive and inclusive changes that are synonymous with Hereford Cathedral School's drive for equality and diversity, and the long tradition of cadet leadership training at the school. 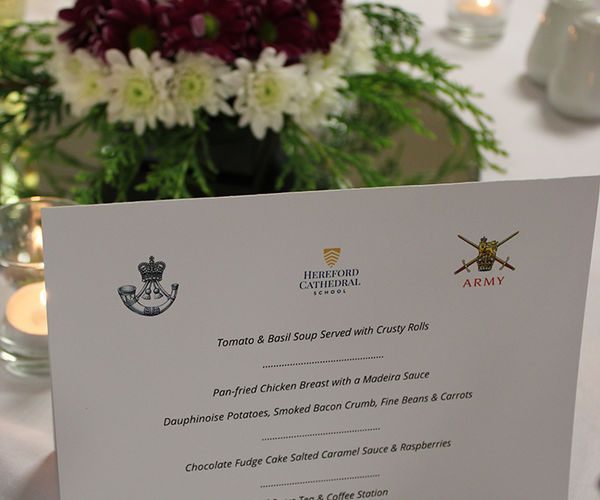 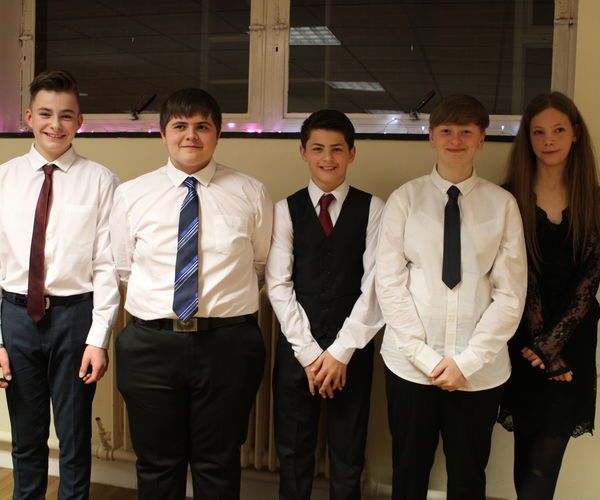 Maj (Retd) Donna Greaves became Hereford Cathedral School’s first female School Staff Instructor in 2017. She explained: “The contingent, which is made up of Royal Navy, Army and Royal Air Force cadets has a high proportion of committed and enthusiastic female Senior Cadets who act as excellent role models in all respects.”

Hereford Cathedral School headmaster Mr Smith commented: “The CCF at Hereford Cathedral School provides an excellent opportunity for girls to develop skills in teamwork and leadership. That our school is coeducational means that girls can see first-hand that such opportunities are not the preserve of boys. Many of our section leaders are girls and some have gone on to successful careers in the armed forces as a result (although the CCF is not designed to be a recruiting ground for such progression).

“In 2012, former pupil Sarah Hunter-Choat, was awarded the ‘Sword of Honour’ at Sandhurst, and it was marvellous that she came back to her old school as an honoured guest at the CCF Contingent’s biennial inspection. I cannot think of a better endorsement for the equality of opportunity that the CCF affords our girls.”

Joining the CCF provides pupils with a wonderful opportunity to take part in Army themed activities and events, all of which focus on building self-disciplined individuals with self-courage and a sense of worth. As a youth organisation, the CCF strives to give cadets a fun and safe experience. 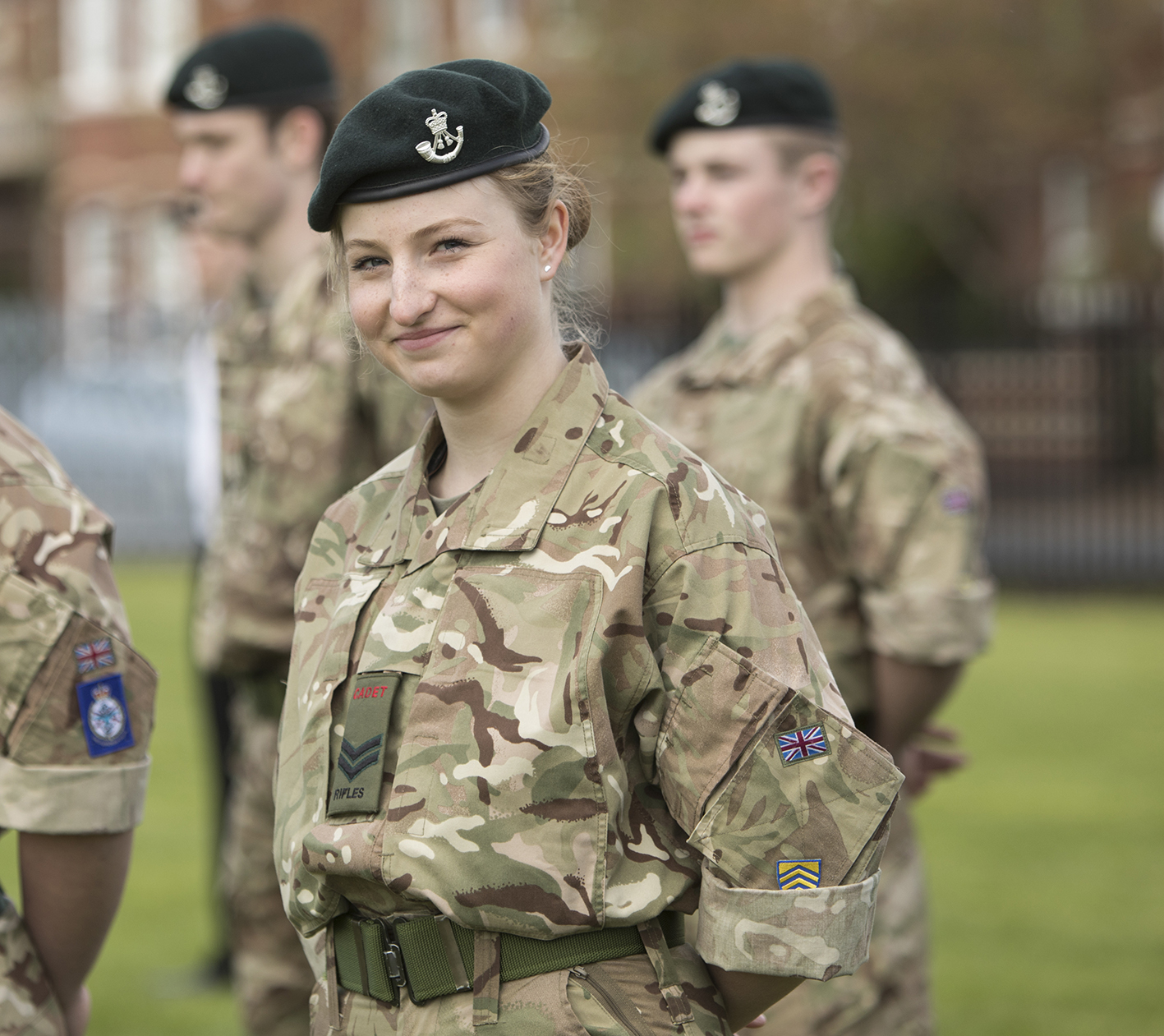 Since Year 9 I’ve been on two week-long Easter camps where you have field days and you’re allowed to do live shooting on a range and blank firing. I also did a Senior Cadet Instructor Cadre course this summer at Sennybridge in Brecon, which qualifies me to teach the younger cadets. I met lots of new and interesting people who I’m still in contact with now. It was an eye-opener.

Going on the course really helped me gain my confidence to talk in front of a class of 30 cadets, and teach them about something I’m interested in.

I’m now a Sergeant in the Army Section and so leadership skills are obviously really important; not just on field days and camps, but every single week when you’re planning lessons.”

The SCIC course was my best experience of being in CCF. Being at a live barracks I got to experience everyday Army life and the SAS were also doing selection there, so it was interesting to see all the helicopters flying in and flying out. 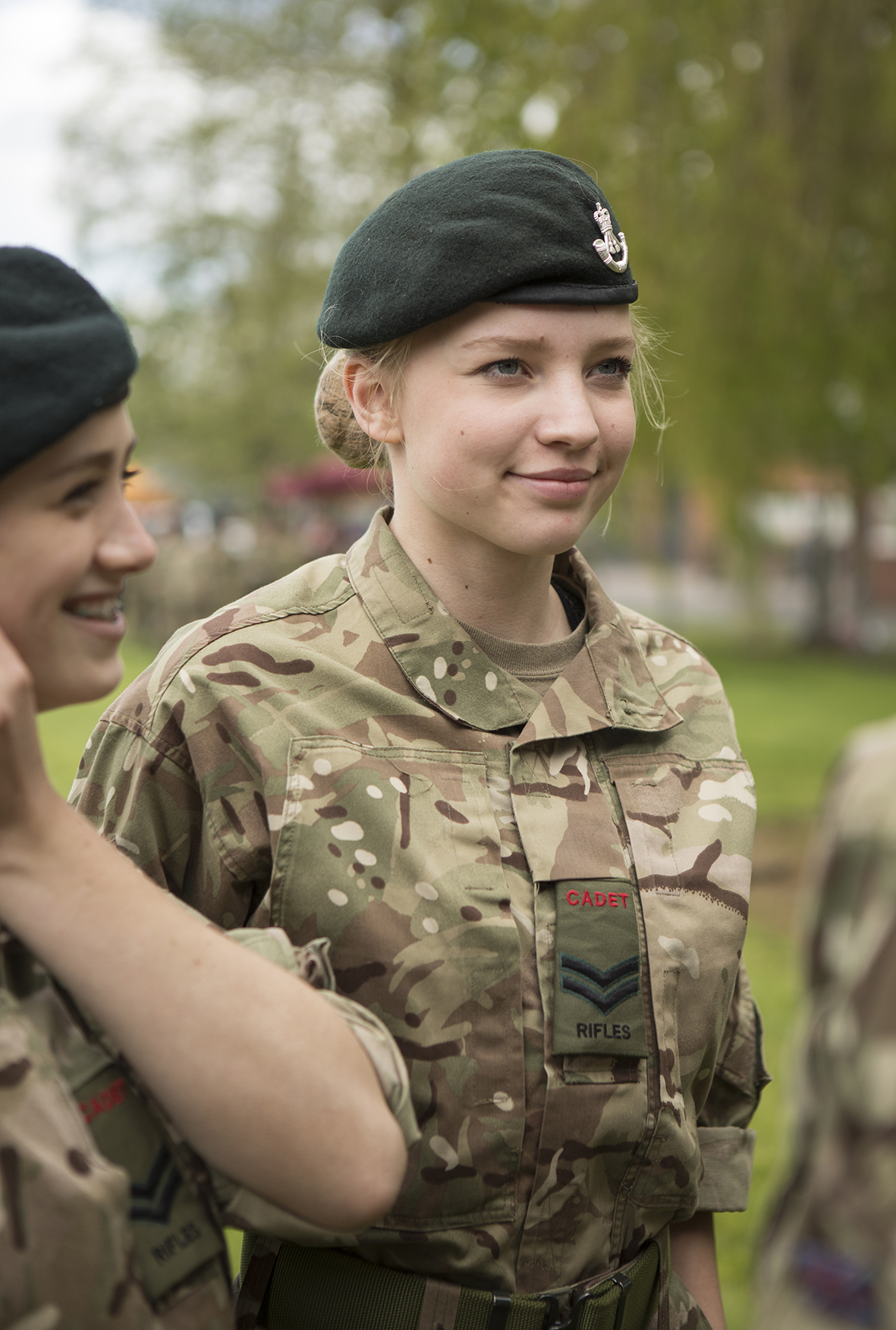 My best experience of being in CCF was probably the summer camp. The camps are really good, they’re really exciting. They give people the opportunity to surpass their limits, for example I was made Platoon Commander on one of the exercises, and it was amazing.

At the end of last year I went to Sandhurst for an officer insight day. I am really interested in joining the Army now. My brother is training to be a doctor in the Army, so it really does appeal to me.

Being in CCF has given me the ability to instruct and take instructions. It’s helped me communicate in everyday tasks like doing group tasks in lessons. I now feel I can communicate my ideas more easily. Also it’s given me confidence that I didn’t have before. Three years ago I wouldn’t have been able to stand in front of people and talk, and now I can take chapels and instruct Year 9s.

I think I’ve definitely gained leadership skills from being in the CCF, which I wouldn’t have gained otherwise. Senior Cadets have to lead a section attack, or arrange lessons on a Friday afternoon, and it’s helped me to think on my feet when I’m under time pressure.

My best memory of being in CCF has been summer camp in 2017 when we had a platoon attack – three sections working together. It was really awesome.

I might do the Officers’ Training Corps at university. But it’s definitely an option for me in the future to go into the Army. Being in the CCF gives me more of an idea of what it would be like.