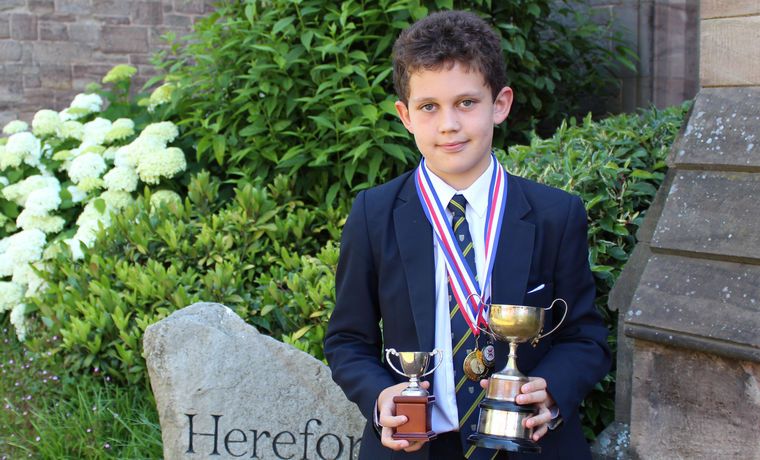 Hereford Cathedral School Year 7 pupil Jake M, returned from the recent U12 foil fencing Hereford and Worcester County championships clutching yet another gold medal and trophy to add to his string of successes.

Not only did Jake retain his title at the U12 championships, he fiercely won the West Midlands U12 foil and qualified to compete at the British Youth Championship; finishing 35th out of 71 fencers.

“Jake took up fencing when he was just eight years old as he wanted to give the unique sport a try. Four years later, it’s wonderful, yet a little nerve racking, to watch his dedication during competitions,” said Jake’s proud mum. “The sport requires many hours of training and regular travelling around the country to compete. He is very lucky to have such amazing coaches.”

One of Jake’s coaches, Dan Robinson (Head of Herefordshire Fencing Club and West Country Swords), recently took Jake and other club members to a fencing camp in Germany and runs a regular summer camp through West Country Swords in Malvern. “Fencing is the fastest combat sport there is,” said Dan, “combining speed, power, agility, reflexes, stamina and strategy. The modern Olympic sport requires fencers to be the fittest of athletes. In learning the skills of attacking and defending fencers develop good co-ordination, balance and flexibility; which makes fencing training an ideal means of keeping fit for all ages and abilities. Jake’s natural talent combined with his determination and dedication, has seen him progress exponentially in the sport.”

Jake’s sterling attitude clearly contributes to his success: “I mentally prepare for competitions by keeping an open mind and I believe anything is possible,” said Jake.

“The sport has less contact in comparison to rugby and requires more independent strategy which appeals to many,” said Sarah Hopkins (Director of Sport). “We are extremely proud of Jake's achievements at such a young age and we hope that Jake will inspire others to help grow fencing further.” Hereford Cathedral School offers fencing to pupils via games sessions and an after-school club run by Dan Robinson. 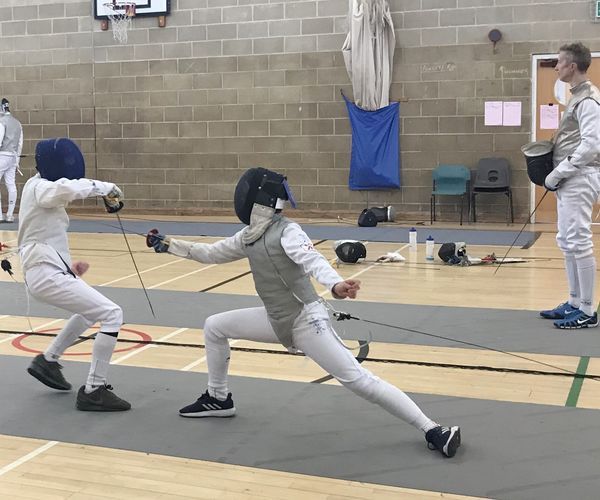 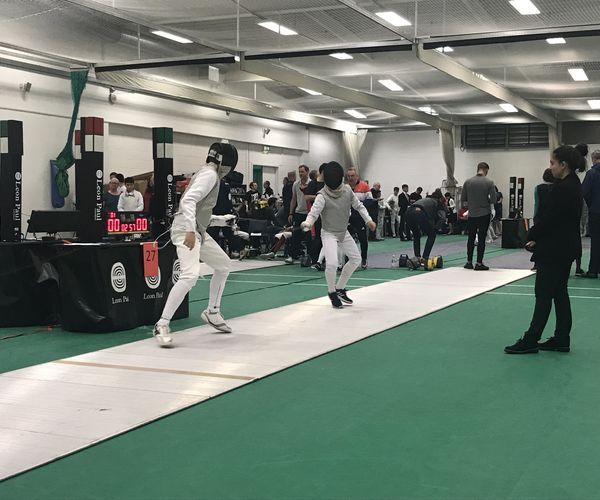