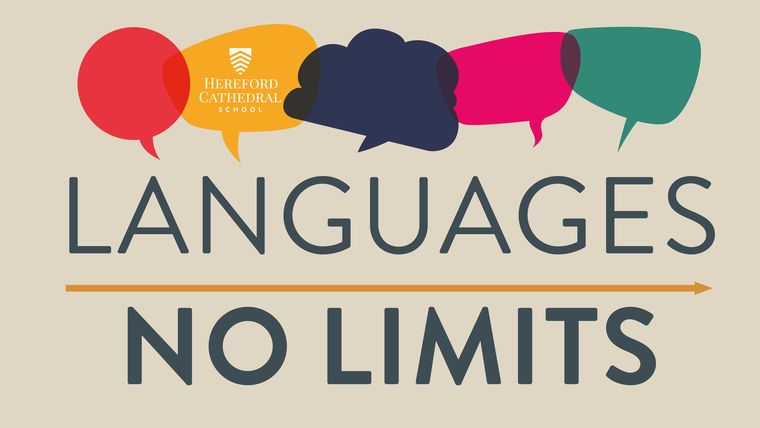 On March 14, industry professionals will visit Hereford to tell the county’s students how languages could help their future careers.

Schools from across the county have been invited to Hereford Cathedral School to hear speakers from the European Space Agency, the Foreign Office, Frontier Travel and the University of Birmingham, among others. At the career-focused event, ‘Languages No Limits’, speakers will discuss and reflect on their own personal career paths, highlighting the importance of languages and how students can make themselves more competitive in a today’s global business world.

A recent BBC report has revealed that foreign language learning is at its lowest level in the UK since 2000. But Nathalie Teale, Head of Modern Foreign Languages at Hereford Cathedral School, is keen to support students to develop their love of other languages and promote their importance to a wide range of future careers: “Having a language on your CV opens doors and provides better career prospects. At Hereford Cathedral School we’re keen to keep language learning very much alive with opportunities for our pupils to learn French, Spanish, German, Russian, Latin and Mandarin. We also partner with schools to run successful exchanges.”

She continued: “Our Languages No Limits event is open to students across the county. Any pupils in Year 9 and above are welcome to come along and hear how our speakers have utilised their languages in a whole host of careers – we’ll even hear from Jules Grandsire who worked with Tim Peake on his space mission!”

Theo C, a Year 13 student at the school, explained to BBC Hereford & Worcester how his love of languages began: “I didn’t used to like languages until I came to my school, but I met my teacher and she got me interested in it so I decided to take two languages at GCSE – French and Spanish. I’m now studying Spanish at A-Level. The course is really focused on cultural awareness and different things that happen in Spain and Latin America.”

He added “The careers convention at my school on March 14 is a great way to see where you can go with languages.”