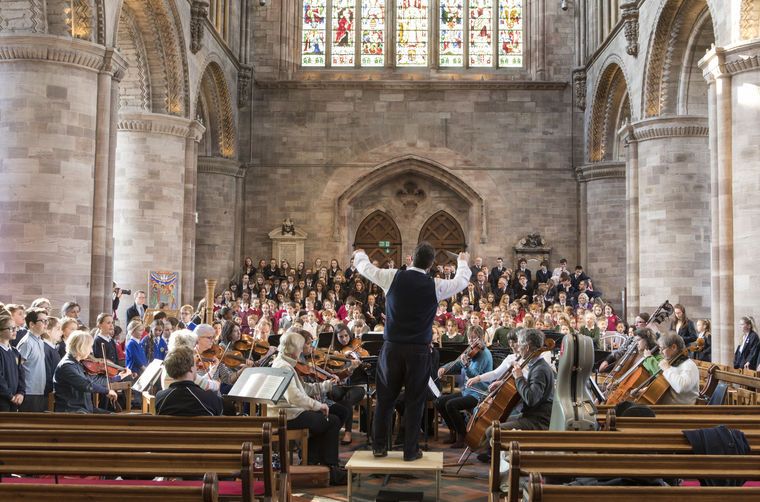 Almost 400 pupils from schools across Herefordshire and beyond gathered at Hereford Cathedral last night to perform the Fauré Requiem.

The huge event, organised as part of Hereford Cathedral School’s music outreach programme, also featured music by Mozart, Debussy and more modern pieces such as Hans Zimmer’s Time and Bedelt’s music from Pirates of the Caribbean. 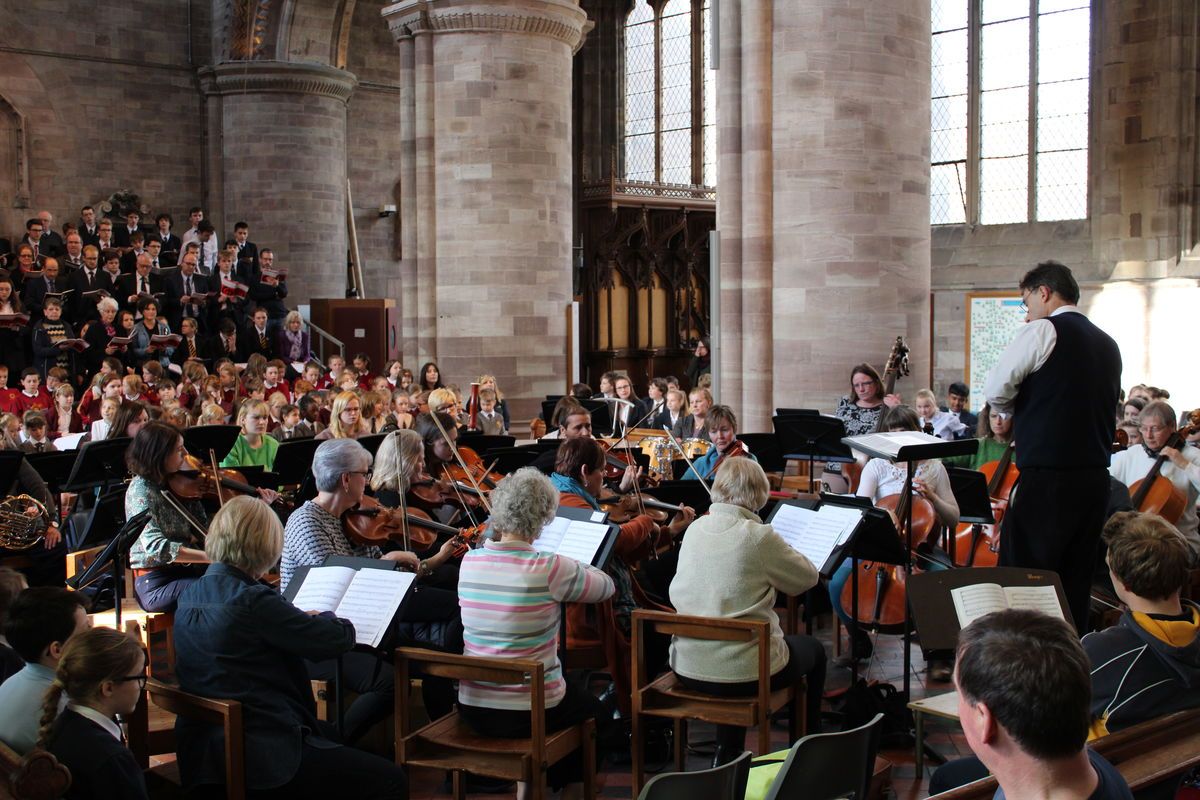 A highlight of the evening was when HCS Year 13 pupil Judah Moore conducted a symphony orchestra made up of professional musicians and his peers while they performed Night Sky, a piece he composed for his A-Level music studies. Judah joined HCS four years ago in Year 9, before which he had never had a music lesson.

HCS Head of Academic Music Mr Andrew Semple, who tutored Judah through the composition, commented: “It has been a great pleasure to teach Judah, fascinated as he has become by the craft of musical composition. He is hoping to pursue the study of composition as part of a Music degree at Durham, so it may be that last night’s premiere of Night Sky may not be the last time that we hear his music in Hereford.”

HCS Director of Music Mr David Evans, who organised the event, said: “A big pat on the back to all 392 singers who put their all into the Fauré, a great effort all round! We look forward to you joining us for Remembrance or Advent in November, and again next March when we hope to perform a work by Karl Jenkins.”

Commenting on the Fauré concert, HCS Headmaster Mr Paul Smith Tweeted: “What I like about HCS...that the choir in last night's concert consisted of pupils, parents, staff & friends - a true community.”

St Paul’s Primary School Tweeted: “Thanks you for giving us this fantastic opportunity.”

More photos can be found here. 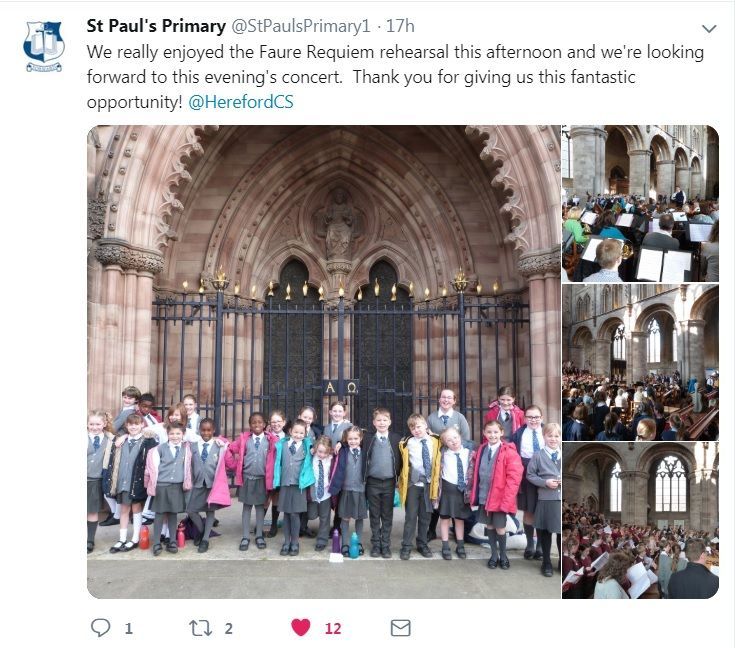