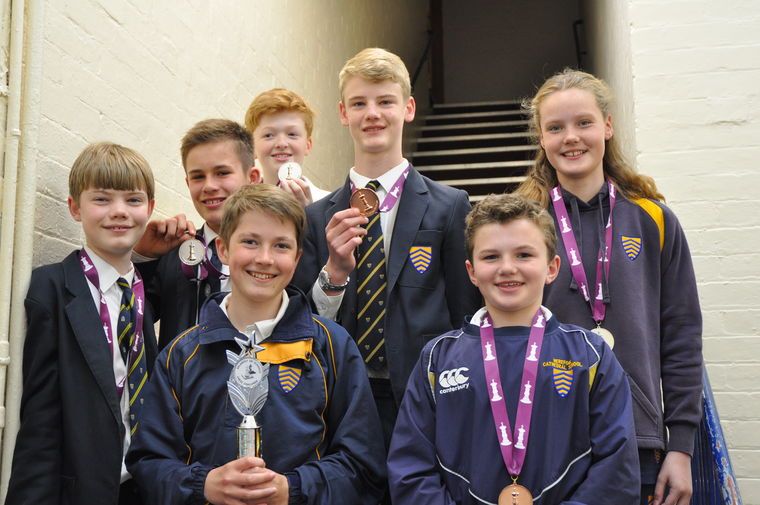 Almost 100 youngsters from across Herefordshire and the surrounding counties took part in the Mercia Delancey UK Chess Challenge Megafinal at Hereford Cathedral School.

The contingent from Hereford Cathedral School was successful. Isabelle M won the U12 girls silver medal, missing out on the trophy on tie break, while Jonathan H and Rory B won silver and bronze for the boys.

Oliver G was third in the U13 boys. HCS achieved a clean sweep in the U14 section, with Beren G winning the trophy on a score of five out of six, Jim A placed second, and Tom S, third.

Jack B was on fine form, beating boards one and three from Hereford Sixth Form College. In the last round he reached an opposite coloured bishops ending against Elizaveta S who is in the England U16 team. Unfortunately, her experience told, and Jack had to settle for the U15 silver medal, with Laszlo B picking up the bronze.

Well done to all those who took part.