The Year 12 pupil won the Junior Male Sports Achiever of the Year award.

The 17 year old, who joined HCS in September, was nominated for the award by Hereford Rowing Club. The prize recognises George’s individual rowing efforts at the club last year, and his part in its successful J18 crew.

HCS Head of Rowing Mrs Fowler commented: “It is great that George has joined HCS and he is now part of our competitive senior squad.” 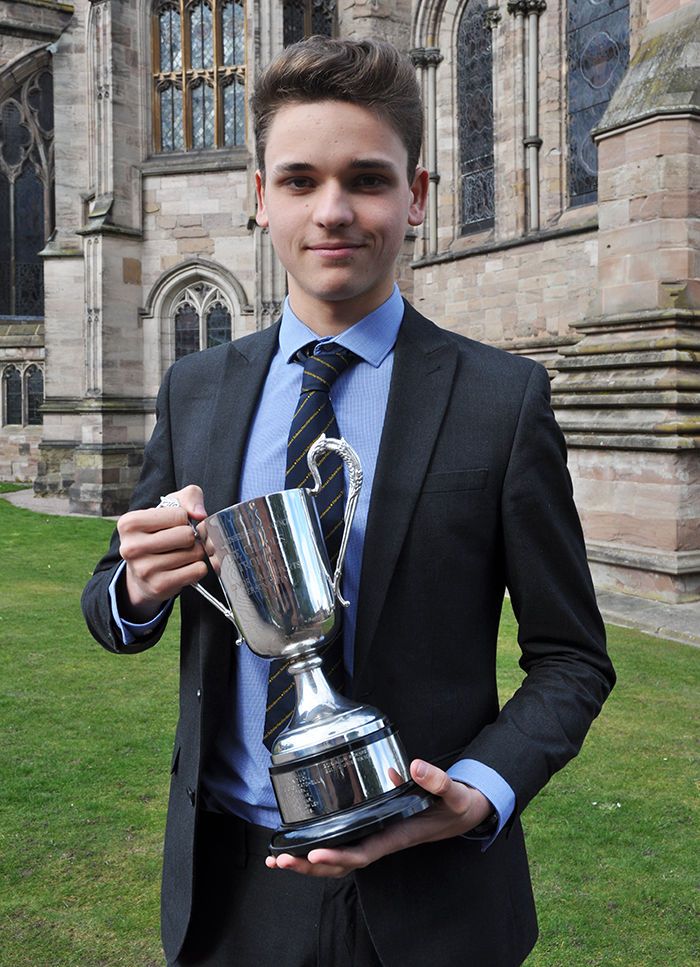