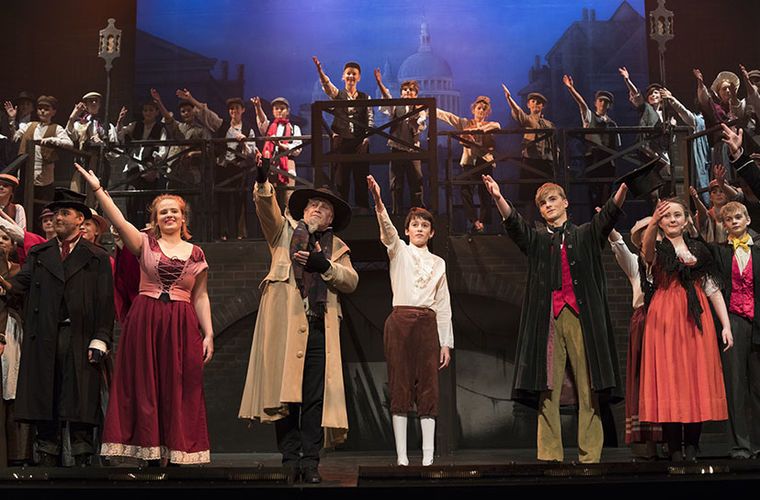 Hereford Cathedral School pupils had audiences in raptures at The Courtyard last week when they brought Victorian London to life in their production of Oliver!

The talented cast from Years 8 to 13 all shone in the three-night run of Lionel Bart’s celebrated musical, supported by the magnificent band led by HCS Director of Music Mr David Evans.

Thirteen-year-old Rafferty Y took centre stage in the title role, while Nancy, played by Year 12 pupil Ellie D, brought the house down with her powerful rendition of As Long As He Needs Me. Year 12 pupil Jasper L-A brought the Artful Dodger to life with aplomb, while 16-year-olds Jadon M and Polly T were a comical duo in the roles of Mr Bumble and Widow Corney. Judah M played a convincingly terrifying Bill Sykes, and a particular highlight was watching HCS Head of English Mr Ben Abbott in the role of Fagin. 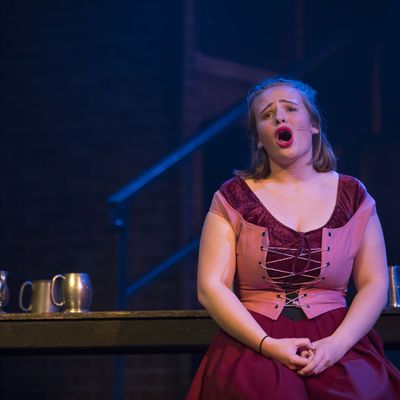 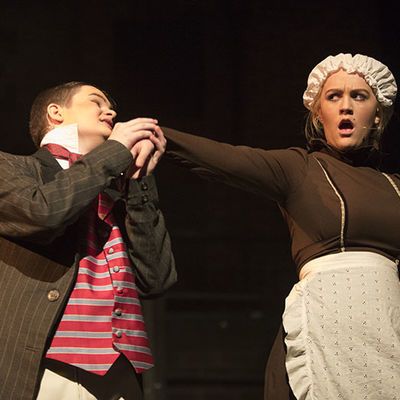 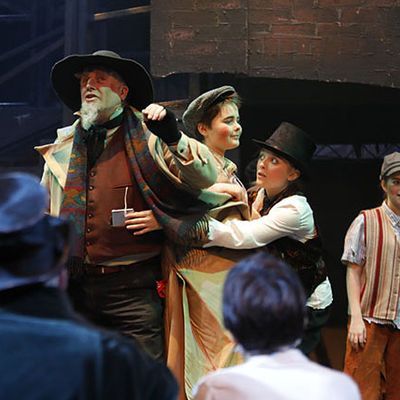 The whole performance was brought together by the electric energy of Fagin’s Gang and the London Chorus; their delivery was both animated and slick.

With so many familiar tunes, including Food, Glorious Food, Pick a Pocket or Two and Consider Yourself, Oliver! clearly struck a chord with many audience members. One commented on Facebook:  “There were moments when I felt I'd been transported to the West End.”

The School’s Chair of Governors, Rear Admiral Philip Wilcocks, Tweeted: “Just watched a truly marvellous performance of Oliver! by [Hereford Cathedral School] students, which showed all that is wonderful about HCS - teamwork, commitment, dedication, enthusiasm, musical and drama skills and just as important the ability to have fun together - HCS ethos writ large.”

Head of Drama Mrs Maria Price, who directed Oliver!, said: “The cast performed beyond my greatest expectations. Their professionalism was quite unbelievable and I feel extremely proud and privileged to have had the opportunity to work with such a talented bunch.”

Mr Abbott, who also produced the show, commented: “I am used to being behind the scenes, so to have the chance to appear alongside such talented students and feed off their enthusiasm and professionalism has been a huge privilege.”

HCS Director of Music Mr David Evans commented: “As with everything in life, the best things come to those who wait. A steady build-up of rehearsals since July culminated in a series of the most inclusive of performances. A super collaboration and privilege to be a part of.”

Headmaster Mr Paul Smith said: "Oliver! was the culmination of much hard work and dedication from both pupils and staff. The end result was a marvellous celebration of musical talent, choreography, collaboration and teamwork. The pupils will have learnt much from the experience and the audience were royally treated to an exceptionally high standard of musical theatre. A triumph for all concerned!"

Oliver! followed the success of the HCS production of Fiddler on the Roof at The Courtyard in 2016, which received critical acclaim.

Click here to see a gallery of photos from Oliver!