Sixth Form pupils from Stuart House have been busy over the last few months, transforming hundreds of donated knitted squares into a range of colourful blankets. These pupils, with the help of staff and other volunteers, have assembled over a dozen woolly blankets which have now been donated to various charities across Herefordshire.

Mrs Rhian Floyd, form tutor, introduced the crafting opportunity to both 6T1 and 6T2 in an attempt to instil new skills in the pupils, giving them the chance to learn about crochet, French-knitting and other craft methods. This has given pupils an opportunity to be both mindful and creative at the start of the busy school day.

The idea was initially intended to be a casual endeavour, but Mrs Floyd and the pupils were then given three bin bags full of woollen squares by a pupil’s neighbour, whose late mother had knitted them. They then proposed the idea of blanket-making for charities so that the efforts of this very skilled woman would not go to waste.

As well as producing the blankets, other pupils in the forms tasked themselves with sorting woolly squares into matching colour piles and researching contacts for charities that would benefit from the warmth that these donations could give as the winter approached.

With the help of teachers, creative friends, family and even some capable volunteers from Mrs Floyd’s Year 8 geography classes, the group ultimately created 18 technicolour blankets.

Shelter have received five large blankets, one blanket was gifted to its creator who suffers with PTSD, representatives from West Mercia Women’s Aid (pictured below) have collected nine cot/children’s blankets and a collection for Syrian refugees has also received three large blankets. 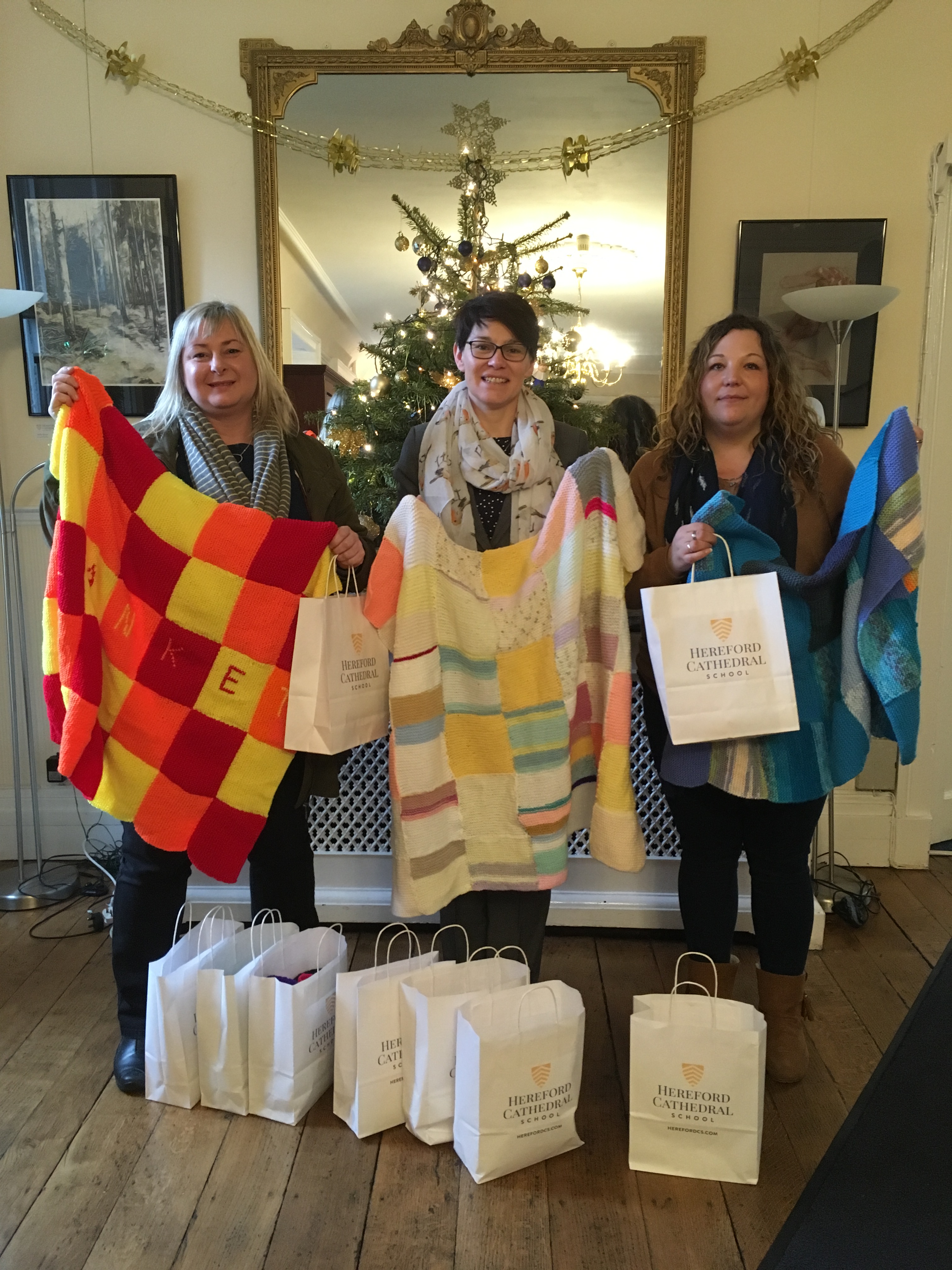 Thank you to everyone who contributed to the project, it was a real team effort!