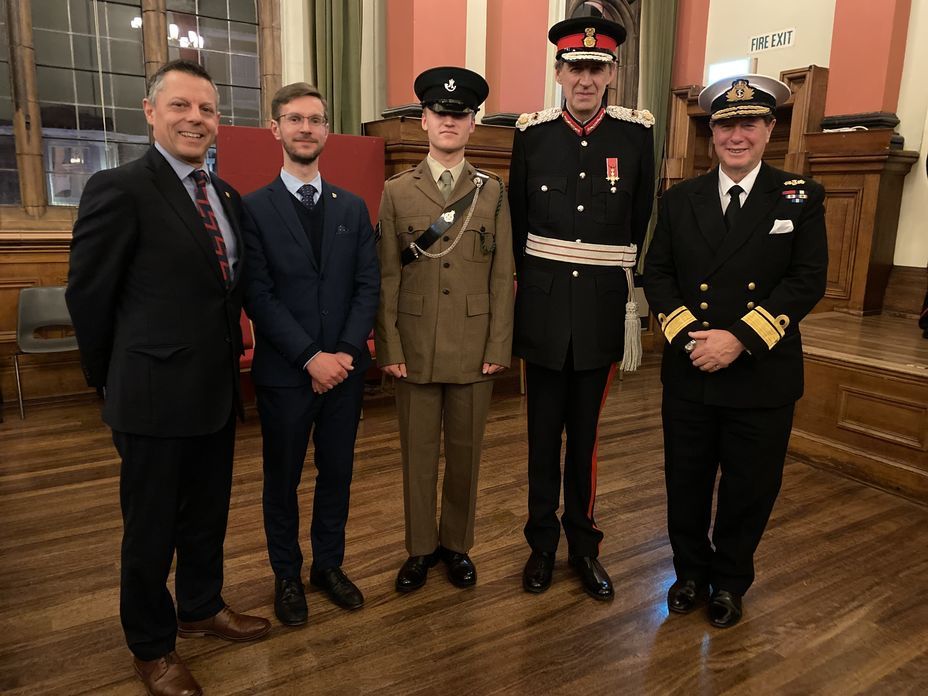 The Lord-Lieutenant for Herefordshire, Edward Harley OBE, has selected four impressive young people to be his Lord-Lieutenant’s Cadets for 2022/23 – and Hereford Cathedral School Year 12 pupil Ryan P is among them.

In a grand ceremony at Hereford Town Hall earlier this week, the 16-year-old began his year-long tenure in the prestigious role.

The Lord-Lieutenant’s Cadets are recommended for the coveted role by their senior officers. They are often on parade for royal visits while acting as ambassadors for their organisations. Sixteen-year-old Ryan will be representing Hereford Cathedral School’s Combined Cadet Force during his tenure.

HCS CCF Contingent Commander Lt Col (Retd) Rob Pizii heaped high praise on Ryan in his citation at the ceremony: "A model pupil and outstanding cadet, Ryan sets the very highest standards in everything that he does."

Many of Ryan's CCF peers were in the audience at the ceremony to watch to proceedings. 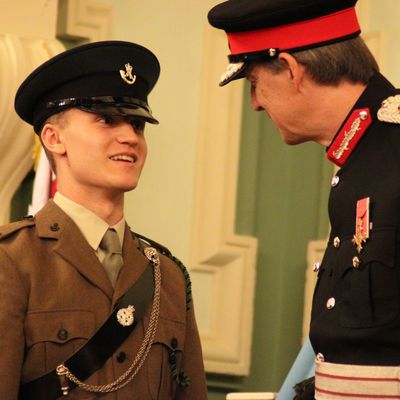 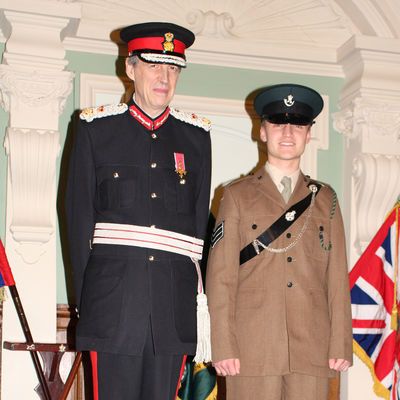 Speaking after the ceremony, Ryan said: “It’s a great privilege and I’m glad to represent the school and my peers in such an honourable role.”

HCS Headmaster, Dr Michael Gray, commented: “I am delighted that Ryan has become Her Majesty’s Lord Lieutenant’s Cadet, which is both a tremendous privilege and wonderful opportunity. Ryan will be able to demonstrate the qualities of leadership and service which are at the very heart of our values at Hereford Cathedral School. He will be able to see first-hand the incredible breadth of innovation, engagement, and philanthropy which takes place across our beautiful county. Ryan is an extremely talented and conscientious Sixth Former who will be of great support to the Lord-Lieutenant and an impeccable ambassador for Hereford Cathedral School.”

It’s a great privilege and I’m glad to represent the school and my peers in such an honourable role.
Ryan P, HCS Sixth Former and Lord-Lieutenant's Cadet 2022-23 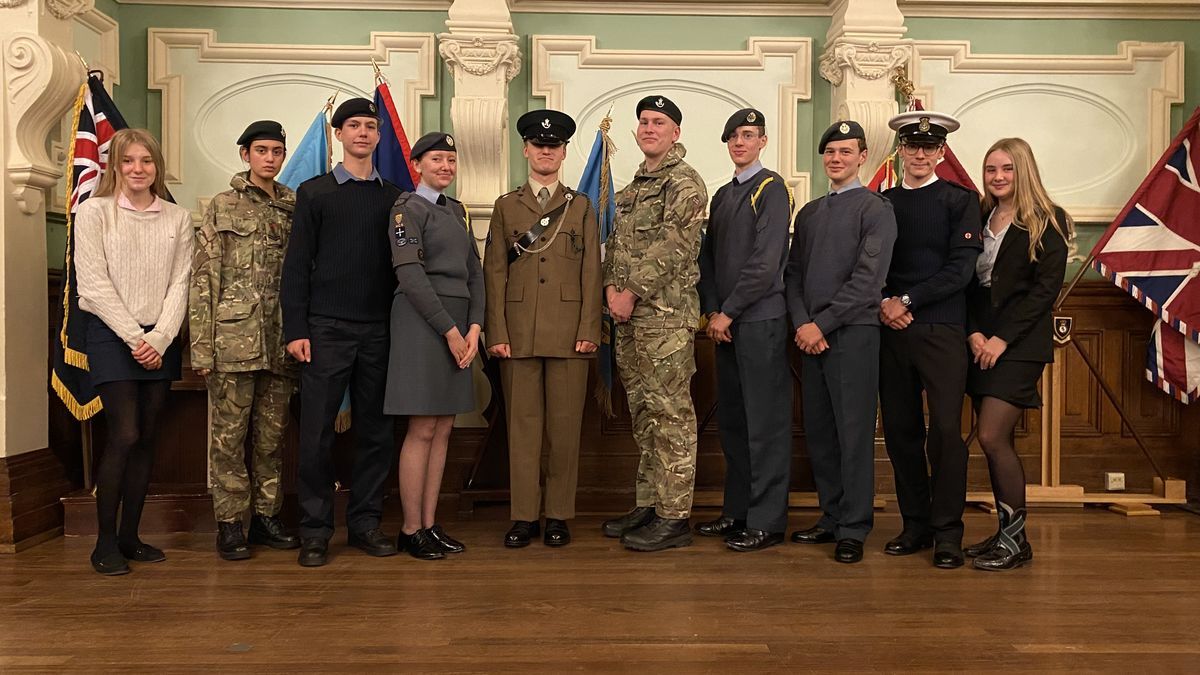 Aside from his commitments to his studies and CCF, Ryan is also an extremely talented young sportsman, who plays in defence for Hereford FC.

In recent years, three Hereford Cathedral School pupils have been selected as Lord-Lieutenant’s Cadets: Will Sykes was selected in in 2019, and Molly Reese and Will Hewitt were both selected in 2017.