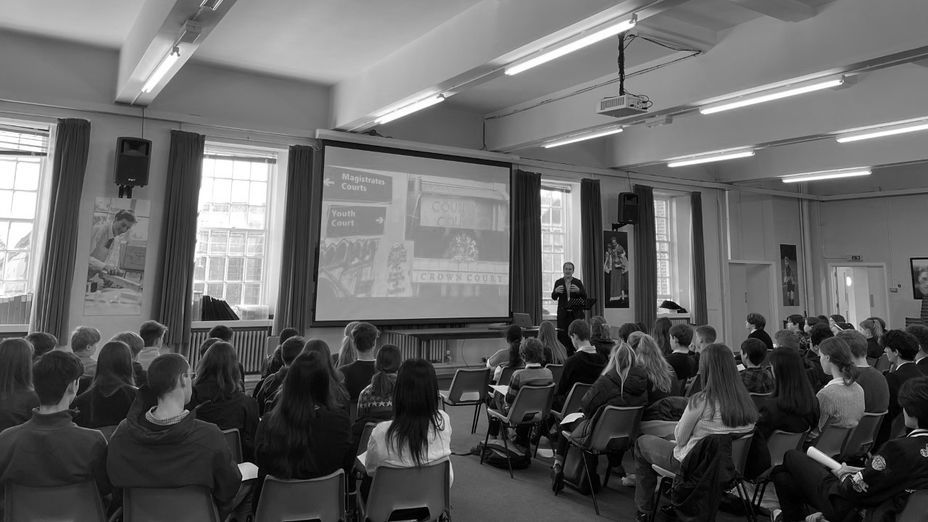 Last weekend, a group of young people got a taste of a career in the field of law at Hereford Cathedral School’s ‘Super Saturday’ mock trial day.

An audience of 90 pupils from HCS and beyond came together for this exciting event, which included talks and seminars on careers in law, an introduction to the UK legal system, and public speaking and advocacy. Guest speakers on the day included two judges, six barristers from Cornwall Street Barristers in Birmingham and one solicitor from Harrison Clark Rickerbys.

The morning started with an interactive introduction to the criminal justice system with barrister Jonathan Storey, featuring robust cross-examination of HCS Headmaster Dr Gray, who was charged with theft of a panini, and witnesses Mr Jerram and Mr Jackson, whose respective truthfulness and eyesight were called into question! 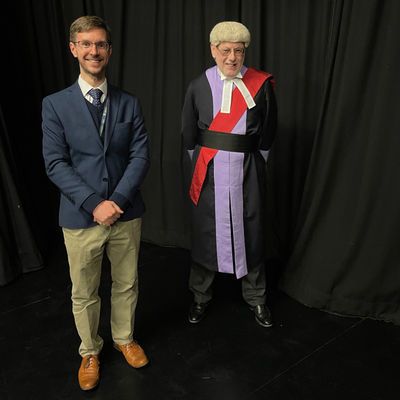 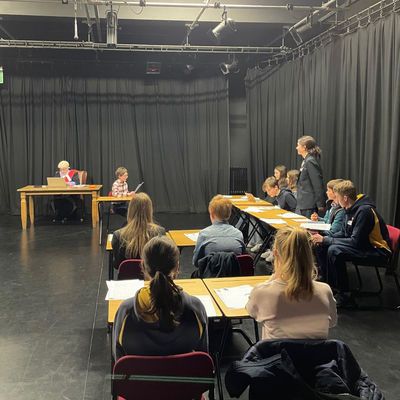 Barristers from Cornwall Street Chambers, Birmingham, and solicitor Lauren Nash (Senior Associate at Harrison Clark Rickerbys) then coached prosecution and defence teams in preparation for the afternoon’s two mock trials, while those taking on the roles of the jury, court clerk and usher, reporters and court artists took part in a session which encouraged them to think about the challenges of sentencing. The group were surprisingly successful at working out the sentences which had been passed recently in Liverpool, some by Judge Jackson, who presided over the junior trial.

The afternoon’s trials were tense and exciting, and all pupils did an amazing job in their roles. The prosecution and defence teams were thorough and meticulous when questioning witnesses and making speeches; and other roles were undertaken with enthusiasm, conviction and flair. Staff, the visiting lawyers and the judges were all impressed with what the pupils managed to achieve with just a couple of hours of preparation, and a lot of fun was had.

The day ended with a panel discussion and Q&A session with the lawyers and judges, and it was fascinating to hear the variety of routes into law that they had taken, and the advice that they would give young people thinking about career options.

After the event, Hereford Cathedral School Headmaster, Dr Michael Gray (pictured above with Judge Jackson), commented: “‘Super Saturday’ has very much become a major event in the academic calendar and our mock trial was extraordinarily successful and impactful. I know that all of the pupils thoroughly enjoyed learning about the law, and were able to receive bespoke support from the team of lawyers who were on hand to help and guide them. The mock trial was a remarkable occasion and it was a privilege to have two Crown Court judges to oversee these proceedings. The day enabled pupils to understand the wide variety of avenues available within the legal profession and to consider it as a possible future career path. It also allowed pupils to better understand the importance of analysing evidence, the power of questioning, and the art of public speaking. I am really grateful to all those involved in making this term’s ‘Super Saturday’ such a success.”

Pupils Madelaine L and Isabel C put together a report of one of the mock trials, and below is a selection of court artist’s impressions by pupil attendees of Saturday’s event. 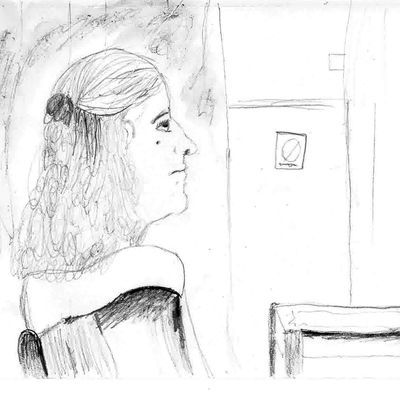 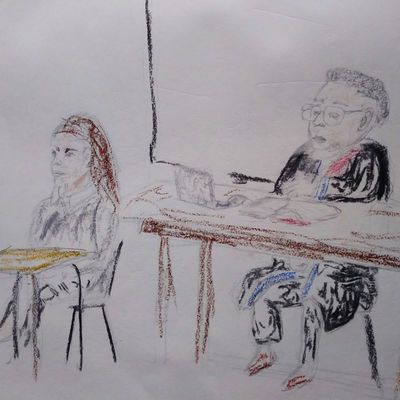 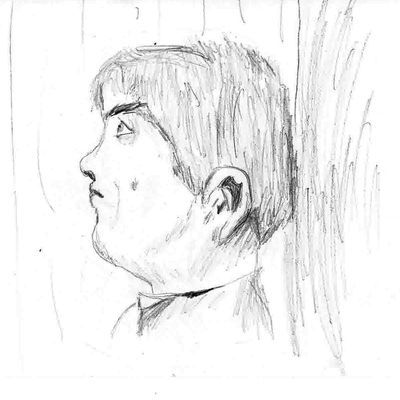