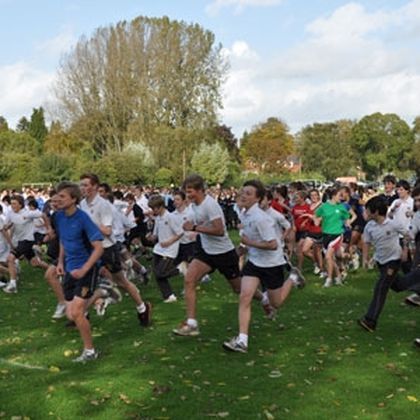 The Hull Cup is named after Sir Percy Hull, who was a chorister and attended Hereford Cathedral School form 1889 to 1894. He was then apprenticed as an articled pupil to the then organist (George Robertson Sinclair), and became the School’s singing master from 1900 to August 1914, when he was interned as a German prisoner of war. He was an organist and master of choristers, 1918-1949 and was knighted in 1947.

The race was first run – for a ‘challenge bowl’ presented by Hull on 11th December 1907 - and soon became a feature of the School’s sporting calendar. Sir Percy Hull thought the race would be good for the boys’ singing!
By Canon Dr Howard Tomlinson,
Hereford Cathedral School’s Headmaster 1987 - 2005