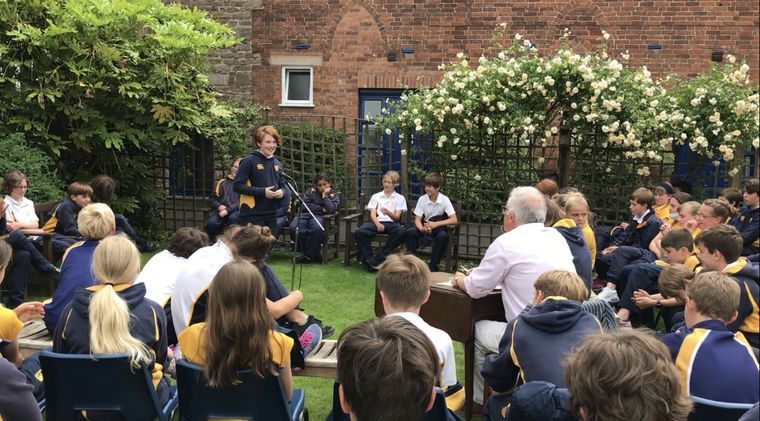 One of the activities to round off Exam Week at Hereford Cathedral School was the annual Year 7 Spelling Bee which, for the first time, took place outside on Old Deanery Lawn. The three best spellers in each house were pitted against each other in a merciless competition in which one misplaced letter meant brutal elimination.

There was some stumbling at the early fences which meant that quite quickly we had established a close fight between two members of 7C and one remaining member of 7S, but with grit and determination (as well as an ability to spell words like casserole, anorak and documentary) Toby P was announced as the first winner.

As we had plenty of time, we played the competition again with a similarly rapid reduction of players to a battle of wits (as well as vowels and consonants) between Toby again, James H (7C) and the eventual winner from 7L, Sam S.

So Langford and Somerset share the Spelling Bee honours for 2021. 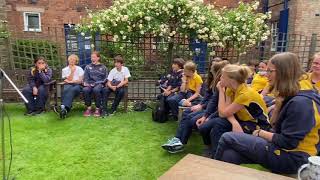