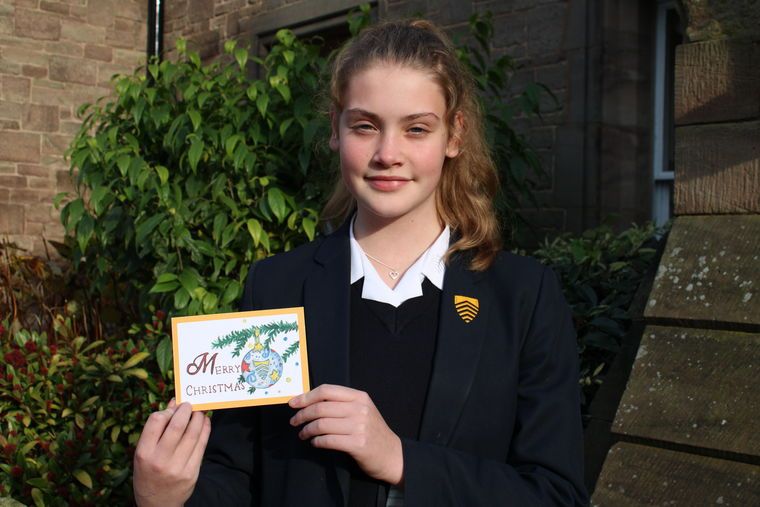 Congratulations to Hereford Cathedral School pupil Grace I, whose beautifully crafted drawing was picked as the winner in this year’s competition to design the Headmaster’s Christmas card.

HCS Headmaster Mr Paul Smith picked Year 9 pupil Grace’s design from the dozens of entries into this year’s competition, which was open to pupils in Years 7-13. Grace’s design, which features a bauble adorned with the HCS blazon, has now been printed professionally ready for the festive season.

Mr Smith said: “Congratulations to Grace on her Christmas card design, which was vivid in colour, captured the Christmas spirit, without overwhelming the HCS theme. A clear and pleasing design.”

Grace said it was a real surprise to be picked as the winner. "I definitely wasn't expecting it," she added.