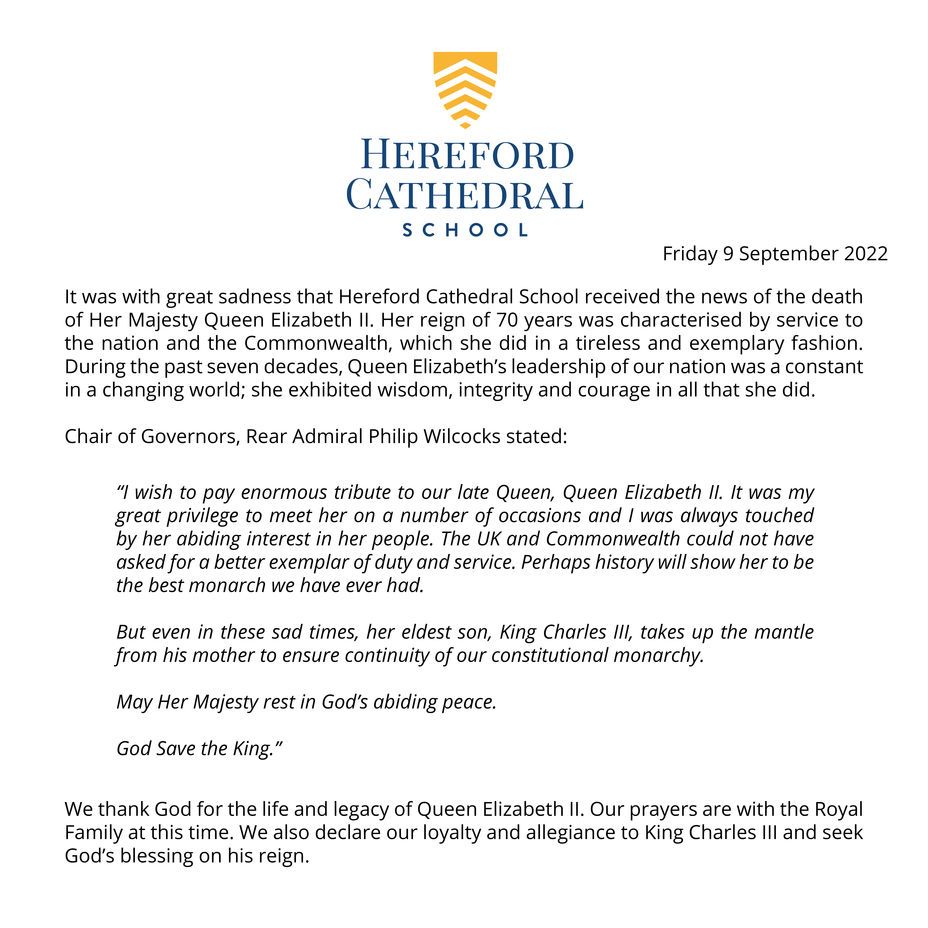 It was with great sadness that Hereford Cathedral School received the news of the death of Her Majesty Queen Elizabeth II. Her reign of 70 years was characterised by service to the nation and the Commonwealth, which she did in a tireless and exemplary fashion. During the past seven decades, Queen Elizabeth’s leadership of our nation was a constant in a changing world; she exhibited wisdom, integrity and courage in all that she did.

“I wish to pay enormous tribute to our late Queen, Queen Elizabeth II. It was my great privilege to meet her on a number of occasions and I was always touched by her abiding interest in her people. The UK and Commonwealth could not have asked for a better exemplar  of duty and service. Perhaps history will show her to be the best monarch we have ever had.

But even in these sad times, her eldest son, King Charles III, takes up the mantle from his mother to ensure continuity of our constitutional monarchy.

May Her Majesty rest in God’s abiding peace.

God Save the King.”

We thank God for the life and legacy of Queen Elizabeth II. Our prayers are with the Royal Family at this time. We also declare our loyalty and allegiance to King Charles III and seek God’s blessing on his reign.