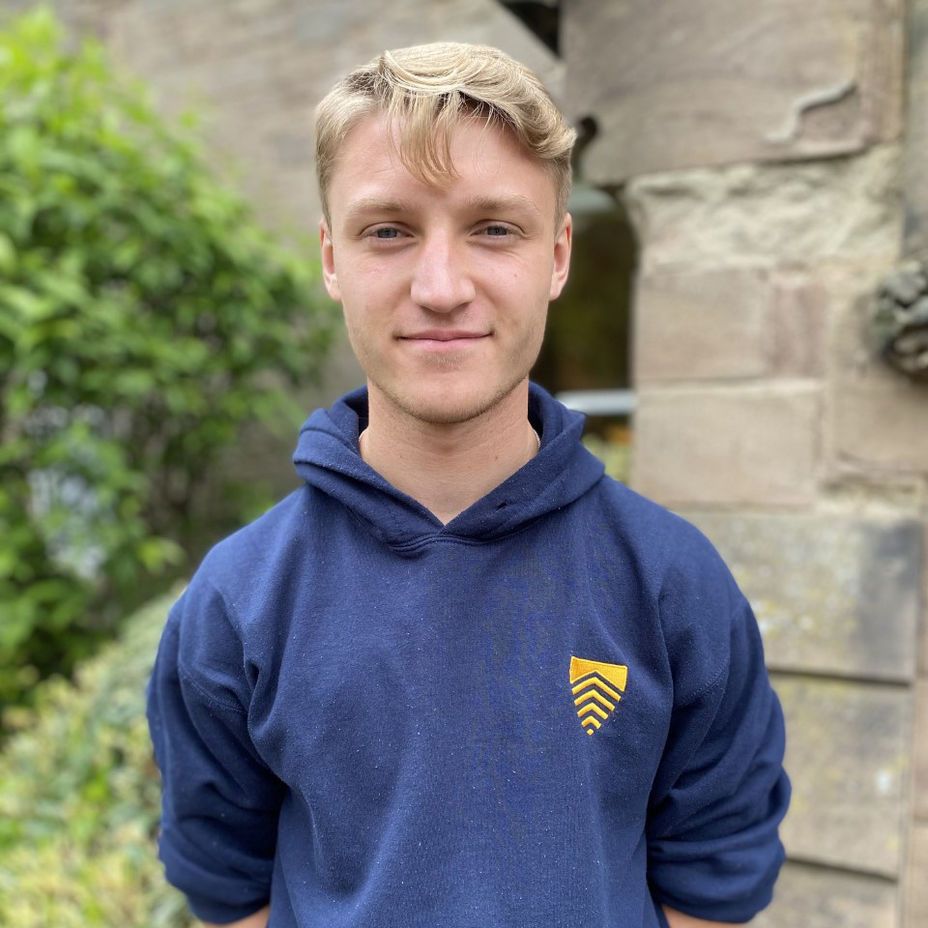 Congratulations to Hereford Cathedral School sport scholar and footballer, Ryan P, who has been promoted to Hereford FC’s first team.

The 17-year-old centre back had been playing for the city’s Community U18 squad, and has now been promoted to the first team, along with four other players. Of the promotion, Ryan said: “It was a really good feeling. I’ve worked hard all season. It’s a nice feeling to be able to share it with other people.”

He previously captained the U15 Independent Schools Football Association team in 2019 and has made appearances for the HCS senior football squad.

Ryan is pictured, below left, with Hereford FC Manager, Josh Gowling. In the picture on the right, he is with HCS Head of Football, Mr Tony James, who is himself a former Hereford player. 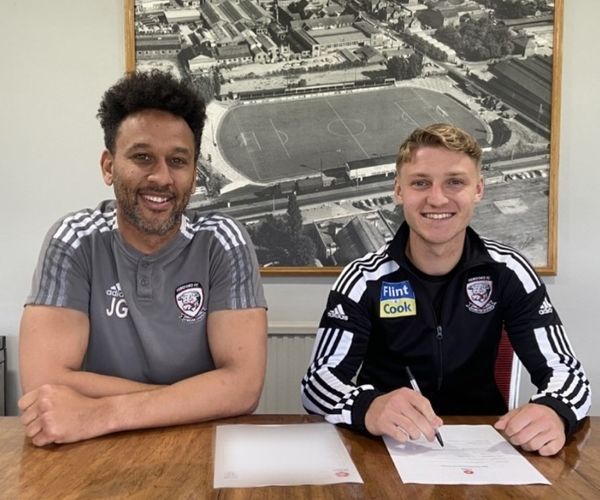 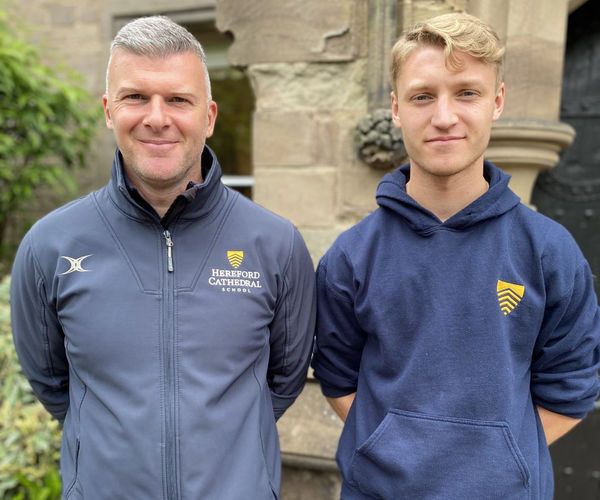 On the announcement of Ryan and his four teammates’ promotions, Hereford FC Manager Josh Gowling said: “We are delighted to promote these boys to the first team squad. The youth set-up has grown so much over the last year and we have some talent at the football club that the club can use to bolster the squad. I look forward to seeing these boys pre-season and if they impress then they have a real chance of being in the matchday squad when the season starts.”

As well as a keen sportsman, Ryan is a senior cadet in Hereford Cathedral School’s Combined Cadet Force and is Herefordshire’s Lord-Lieutenant’s Cadet for 2022-23. He explained that his CCF experience has definitely helped him be more disciplined in his sporting life, and the leadership opportunities offered to him in CCF have helped shape his game.

Next summer, Ryan will be sitting A-Level exams in History, Economics and English.

This week, former Hereford player Jarrod Bowen was called up to make his debut for the England squad. Perhaps we might be seeing Ryan following in his footsteps in the not-too-distant future…