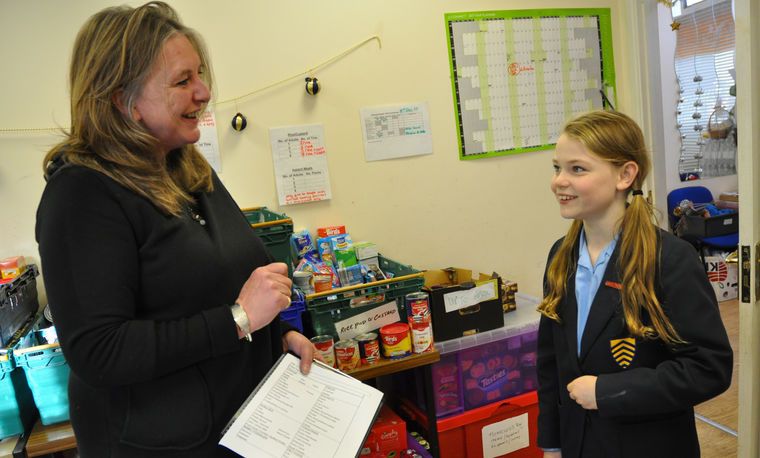 The Year 6 pupil’s donation of £300 will pay for the joints of meat, which will be included in hampers distributed by Hereford Food Bank in time for Christmas.

Along with her older siblings, Madeleine took part in a sponsored 5K run to raise the money for the charity. She was inspired to raise the funds after singing a song in school with Miss Toolan, about an old man sleeping on a bench at Christmas time.

Madeleine said: “It made me think of all the people who will have no home to go to at Christmas. I felt guilty knowing that I would have presents and a family to celebrate Christmas with, when so many homeless people don’t. So, I decided to do a run and ask for sponsorship to raise money for Hereford Food Bank.”

Last week, Madeleine visited Hereford Food Bank along with HCJS Headmaster Mr Wright to see how her £300 donation would be spent. She was shown around by Manager Jacquie Alsop, and got to see all the donations of tinned goods, fresh food and toiletries. 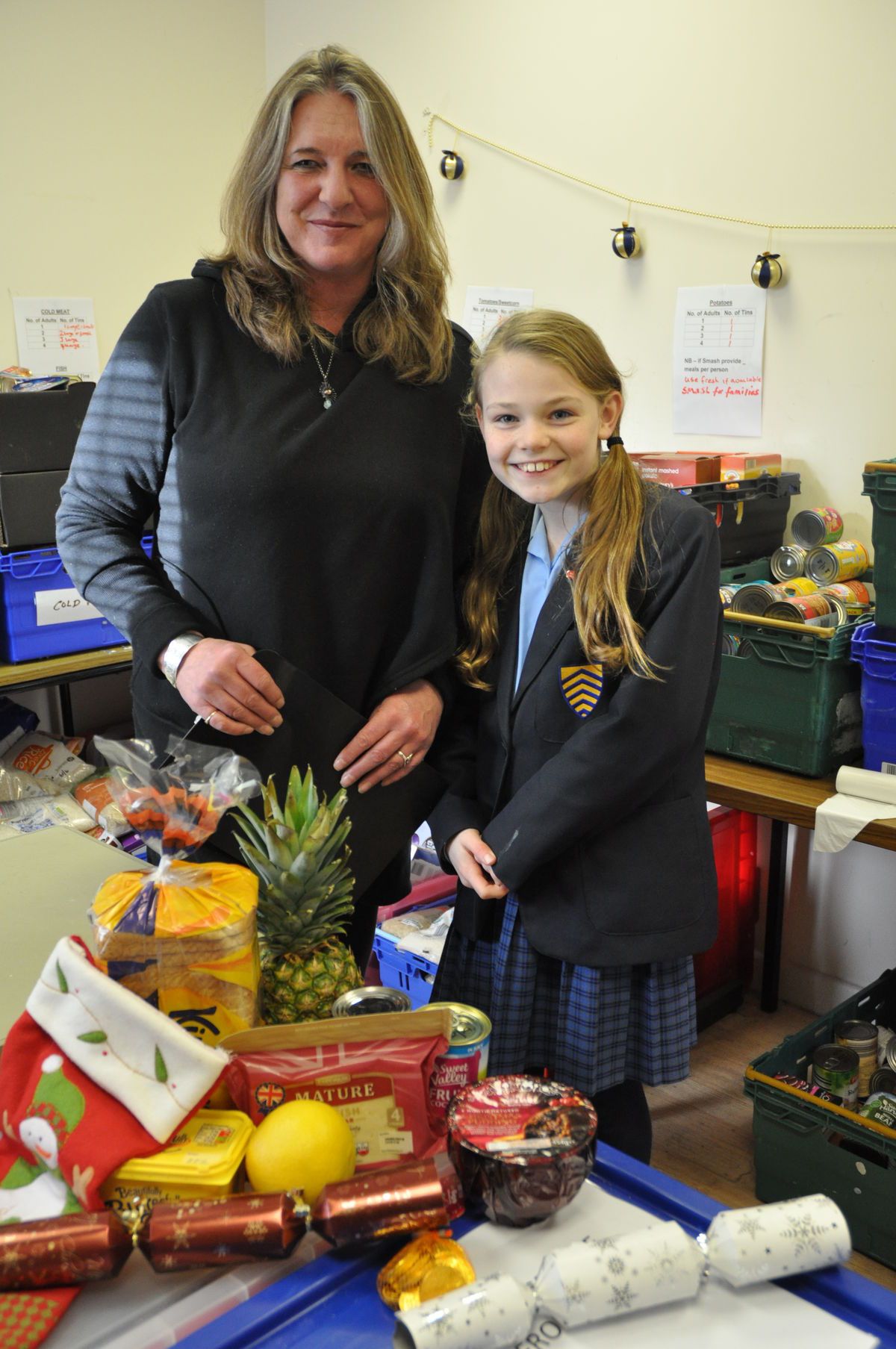 Following the Food Bank visit, Mr Wright remarked: "We are so proud of Madeleine - what an achievement! It is always wonderful to see our pupils showing instinctive kindness."

Madeleine’s father Andrew commented: “It is lovely to know that Maddie is in a school which recognises and encourages this kind of spark of interest.”

Ten-year-old Madeleine has clearly been moved by the experience, saying: "I can't believe we raised £300! I'm really pleased that the needy in Hereford will have a warm meal on Christmas Day. I definitely want to do something like this again."